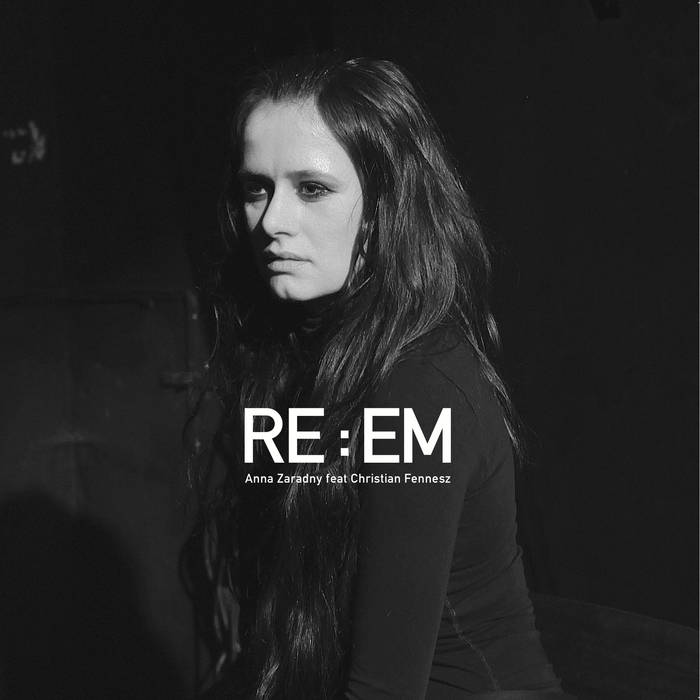 The point of departure for "RE: EM" is the concept of a remix as the practice of composing, expanding the classical meaning of this word: adapting a track to the rhythmic and aesthetic framework of a genre (eg. preparing radio song for the techno club). Here, the artist understand remix as a powerful and deliberate operation used to change the shape and properties of the sound source material. STOP THE CHAOS by Zaradny and NEW FEAT OLD by Fennesz use different narratives, tonal natures and compositional approaches that are characteristic of their work. They only share snippets of sounds and parts of structures with the originals, here subjected to numerous formal changes and editing to create fully autonomous works.

Part of a broader history of contemporary music, this practice breaks with the traditional concepts of music as a closed form with a specific notation, unambiguous authorship and clear identity. It brings to mind the anarchist ideas of plunderphonics, remix culture and mashup, undermining the capitalist concept of copyright, and the inclusion of chance in the creative process by John Cage, putting the listener at the same level as composer and performer by the group Wandelweiser. All of these thought processes not only disarmed the underlying system of Western orchestral music, but opened sonic art to new possibilities which were duly used by the 20th century avant­garde.

The topic of reinterpretation and disrupting the creative process as a quest for alternative interpretations of music history has appeared in many Anna Zaradny’s works at the intersection of visual arts and sound. For example, Lesson in castration (2010) is an attempt to expose kitsch of male soprano in popular culture based on a fragment of Händel's opera. GEN IUS (2014) examines the concept of genius in the culture, drawing inspriation from Mozart by Milos Forman. THE SWEETEST SOUND OF THE REVOLVING FIRMAMENT (2011) refers to the concept of soul as a symphony of Hildegard of Bingen. PUNCTUS CONTRA PUNCTUM (2014) applies a compositional technique of counterpoint to the relationship between a picture and sound. Language of Venus (2012) is a symbolic reference to the composer and pianist Tekla Bądarzewska. Similar threads can also be found in the recent projects of Christian Fennesz – solo album Becs (2014, Editios Mego) based on samples from the Mahler’s symphony, and the latest project AIrEffect (2015) with the Ozmotic duo, where they try to transform the language of the movie La Jetee by Chris Marker into the sound image.

In this context, "RE:EM" is a remixed and compiled statement on the essence of music, the quest for its new meanings through the collision of seemingly separate worlds and concepts. In STOP THE CHAOS, the Antigama’s grind­core is converted into an intense multi­layered structure of looped vocals and microtonal analog sounds, creating a vision of a drone jukebox. Built on a similar principle, NEW feat OLD Zaradny mixes the classic industrial hiphop (OLD) in the spectral synthesis of a vocal sample (NEW), which is subjected to granular operations by Fennesz (NEW) and ends in classic surf passages (OLD). Mutually intertwining and contrasting, the successive motifs and compositional structures form a cohesive and intense journey, showing how many different points of hearing may be assumed by the same sounds. And finally, showing how the formula of careful listening does not need to be the sole domain of orthodox followers of the reductionist paradigm of experimental music.
Daniel Brożek

SIDE A
1. STOP THE CHAOS Composed and recorded in 2012 as a remix of an ANTIGAMA piece