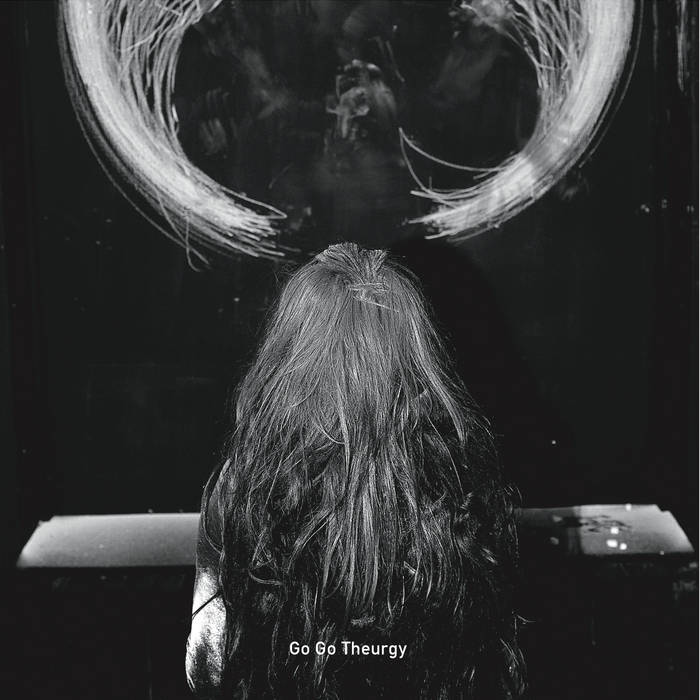 "Go Go Theurgy”, the first Anna Zaradny's album in eight years, consists of two majestic compositions. Strikingly charismatic and intense, they teem with sensuality and anxiety, while their palpably dense and detailed texture is constantly filled with tension and sense of urgency. The crystal-clear narration of these structurally complex pieces creates a framework for Zaradny's uniquely intricate and emotional sound.
This music celebrates performativity and defies genre limitations. Although bravely experimental, it is precisely structured at the same time, and sometimes builds a momentum usually connotated with pop music. “Go Go Theurgy” recalls the primordial but also cultural references, creating its own idiosyncratic value.
-----------------------------------
“Go Go Theurgy” is an intricately woven tangle of synthetic and natural textures and modulations; the next step for the Zaradny's unique sound; very organic, and somewhat seductive.
The idea of sound sculpture, found in her earlier pieces, is particularly significant for “Go Go Theurgy”. Its loops and cycles create a specific rhythm completely without percussion, based solely on the pulse and dynamics of the composition itself. A high intensity of intersecting layers of sound and repetitions refers directly to the title, a kind of ritual suspended between dance and performance, and the concepts of rebellion and power, purification and liberation by the movement of the body.
Zaradny's works have often included a theme of a ritual stripped of mystical aura, reduced to the tension between cultural roles and their phantasms (e.g. in “Castration class” (2010), “The sweetest sound of circulating firmament” (2011), “GEN IUS” (2014), “Punctus Contra Punctum” (2014)), but for the first time it takes the form of a sound composition.
“Go Go Theurgy” has a clear sonic architecture and contains echoes of the space where the sound resonates and returns in subsequent cycles. The composition becomes not only a reflection of the ritual documented on the photos, but also a metaphor of the resounding open space. Elements that we hear in the initial parts of the composition return in a processed form, an effect of a redefined echo which becomes an independent sound object detached from its source. This physical multidimensionality of sound is another step towards a sound sculpture. An attempt at stopping the moment, experiencing trance, looping movement and gesture.
Daniel Brożek

SIDE A Theurgy One
SIDE B Theurgy Two