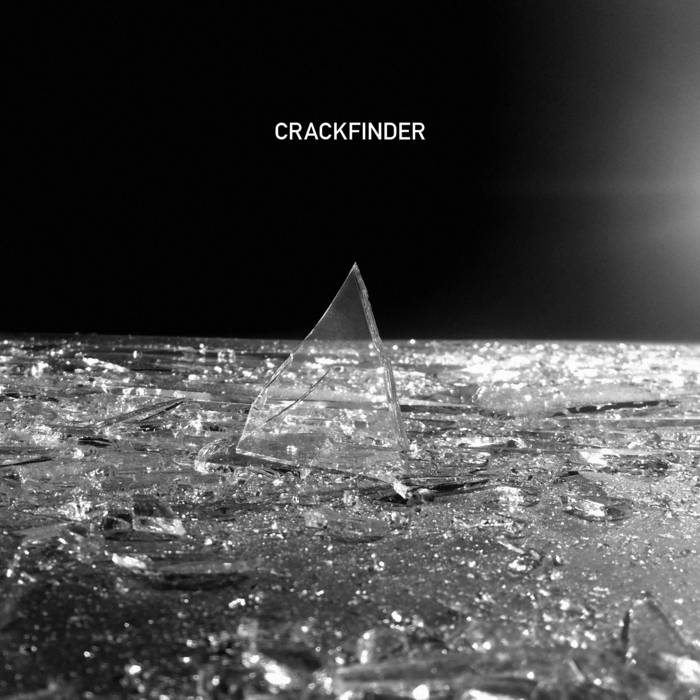 The origin of CRACKFINDER dates back to the concert of SONO GENERA – the trio of Anna Zaradny, Robert Piotrowicz and Jérôme Noetinger – at the Sacrum Profanum festival on October 7, 2016. That evening, the audience experienced a clear aesthetic breakthrough; something important was happening, something special. I instantly felt that the new thing that emerged could not be left unrecorded.

Zaradny is a composer, instrumentalist and visual artist; Piotrowicz a composer, author of sound installations and virtuoso of analog synthesizers. They founded and curated the Musica Genera festival and label. Noetinger, an improviser, publisher and instrumentalist from Marseilles, specializes in electroacoustic collages full of permutations on his tape recorder and using all sorts of electronics. What connects these musicians are their methods of work: experiment as the basis of action, controlled accidents, repetition, processing and processuality.
CRACKFINDER is intense and saturated, intriguing with fragments that are rhythmic yet distant from the repetitiveness of minimalism. They give a degree of structure to the otherwise loose amalgam of raw electroacoustics and instrumental improvisation at times evoking free jazz (when Zaradny reaches for the saxophone). At any time, however, the division of roles is clear, an impressive feat at such a high density of sound texture.

CRACKFINDER the album comprises of two distinct parts. The first is extremely intense and eventful, creating a strong tension, giving the sense of an immense effort or even wrestling between the musicians; a clash of ideas and values. This dialog is not monotonous but dynamic, full of changing and new hypotheses – as if in a process of reaching the truth. We can suppose that these investigated issues are philosophical and existential, giving the impression of greatness and overwhelming significance.

The second part evokes a kind of a soothing stabilization. One may think that the interlocutors have reached a consensus. However, no-one is celebrating, and the mood is somewhat melancholic. The discovery proved to be depressing and the truth is not liberating – it becomes a burden. There is a poignant feeling of failure or unfulfilment, despite concluding and solving the task.

Finally, we are left with silence, and even emptiness – with a symbolic and absolute dimension of the end. The effort of the first part, motivated by the conviction of the significance and need for proving something, is confronted with the disillusion brought by the end of the road. The effort, however, was not in vain – the discovery of the truth, although painful, can be purifying.

The album offers more interpretative hints than just its expressive title. The artwork on the cover is a frame from the video art piece ENJOY THE SILENCE by Anna Zaradny: symbolic flares and cracking of matter in complete silence. The intensity of the image, however, creates a strong suggestion of sound. The back of the sleeve is spread with photos of the musicians holding the #BLACKPROTEST banner, in remembrance of the wave of pro-choice protests in Poland in 2016.

Cracks – both material and metaphorical – do not have to be the negative effect of an abrupt event. They can be the beginning of change, an opening for the new, an impulse for action. It is, therefore, worth continuing the search for the 'portals of change'.