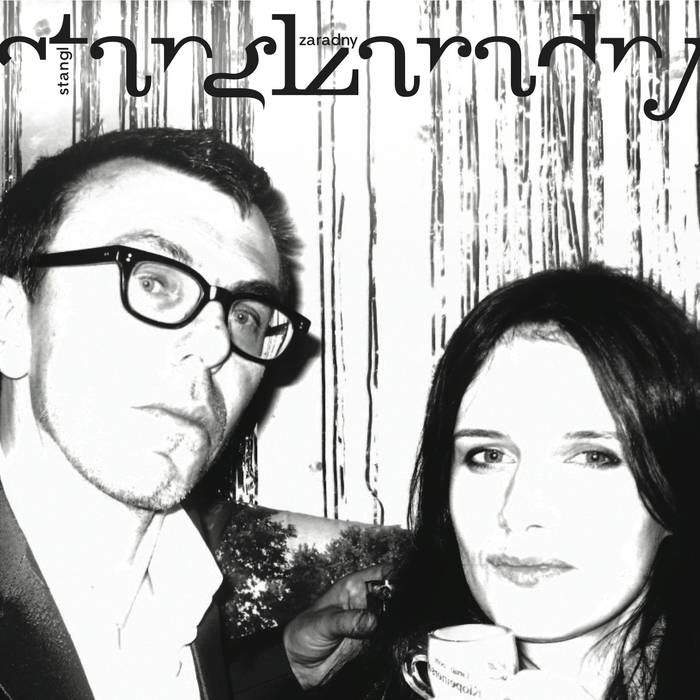 "Composers are thinking now of a timeless kind of depth; that is, of creating and going into a sound space, rather than moving horizontally along it" *

Much time has passed since the release of "Can't Illumination" in 2003, and Anna Zaradny and Burkhard Stangl meet yet again, now on each side of a vinyl record on the Bocian Records label. There were, however, many various encounters in various circumstances in between those two official events, and one of them is shown in the photos on the cover.
This is hardly a chance meeting as the two compositions have more in common than it might seem at first sight. Take the misguiding beginnings, for instance. Zaradny's "Octopus" leads off with sounds that might seem to be either of electronic origin or laboriously selected vocal samples. Incidentally, a choral work by Anna, if she ever writes one, might make quite an intriguing listen. Stangl's "Crédit" opens ambiguously too, as it makes you wonder if it might not be a cover of one of the pieces off Neil Young's soundtrack to Jim Jarmusch's "Dead Man" movie. But this is not about games and tricks.
That this is in fact a more serious affair is proved when you listen more carefully to its complex rhythm structure. In Stangl's piece, elongated guitar lines and noises are countered with abrupt regular knocks. Zaradny's polyrhythms can be oppressive enough for you to feel almost relieved with the arrival of a less complicated section, which by the way is reminiscent of the latest efforts from Byetone. Co-existence of different elements and application of distinct layers here may remind you of Alvin Lucier's description of the recording process of "Music For Solo Performer," '[...] We both used overdubbing techniques. This seems to go hand in hand with the idea of non-narrative music because you're getting one layer upon the other. There is a sense of timelessness here because you are not adding things chronologically, you're superimposing them, and a qualitative change occurs when you attain a certain mass.' The music on this record proves that the sense of timelessness is not incongruous with dramatic effects and composing techniques. Once again, over to Lucier, '[...] It seems that this is the beginning of a new kind of structure.' One might add, just open your ears to it.

CRÉDIT
Recorded and composed by Burkhard Stangl in 2011

OCTOPUS
Recorded and composed by Anna Zaradny in 2011